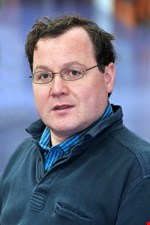 I have taught law at Brunel since 2007. From 2007-2010, I held a Lectureship in Public Law at Brunel sponsored by the City Solicitors' Educational Trust. My PhD research, which I commenced at Queen's University Belfast and completed at Brunel University, was supported by a fees scholarship from the Department of Education & Learning of Northern Ireland (2005-2008) and by a Modern Law Review Doctoral Scholarship (2006-2008). During 2005-2006, I worked as one of a group of researchers under Prof. Tom Hadden of the School of Law of Queen’s University Belfast on a research contract with the United Nations High Commissioner for Human Rights, on the topic of minority representation in the criminal justice sector. Research based on work for my Master’s degree was published in a number of journals, including the European Journal of International Law and the International Criminal Law Review.

I worked as a lecturer in law at Leeds Metropolitan University (now Leeds Beckett University) from 2006-2007 and was a tutor in law in Jurisprudence at Queen's University Belfast in 2005-2006. I have also been a visiting lecturer in international law on the LL.M programme at the University of Buckingham in 2009-2010 and an associate lecturer at Greenwich School of Management from 2013-2018. Prior to becoming an academic, I worked for almost three years as a legal research officer in the Office of the Director of Public Prosecutions of Ireland (2002-2005); as a judicial researcher to the judges of the Ciruit, High and Supreme Courts of Ireland in the Judges' Library in Ireland (2001-2002 for seven months); and as a legal trainee in Legal Division of the Irish Department of Foreign Affairs (for six months in 2001-2002).