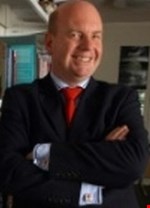 After nearly three years working in market research, I took my first degree and then moved on to a PhD, which was funded by the ESRC. After nine years as a lecturer at London Guildhall University, I moved to Brunel in 2000, where I was promoted to Senior Lecturer in 2003 and then to Professor of Political Science in 2006. After serving as Head of Politics & History (2004-2007), I was appointed Director of the Magna Carta Institute in 2009 and combined that role with being Deputy Head of School of Social Sciences (Research). I was Head of the School of Social Sciences between 2012 and 2014, Head of the Department of Politics, History & the Brunel Law School between 2014 and 2017, and Head of the Department of Social and Political Sciences between 2017 and 2020. I was appointed as Director of the University's Policy Unit - Brunel Public Policy - in September 2020.

Director of the Magna Carta Institute