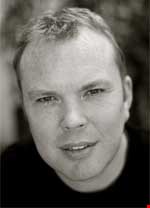 Max is the author of four novels, HITMAN (2000), THE FIXER (2001), both published by Hodder & Stoughton, and BAPTISM (2012) and SACRIFICE (2013) both published by Quercus Books and in translation with publishers overseas. He was the ghost writer of actor/comedian Rik Mayall’s spoof autobiography, BIGGER THAN HITLER – BETTER THAN CHRIST (Harper Collins 2005). His screenwriting work includes the feature films, ACT OF GRACE (Embrace Productions 2012); ALLEYCATS (Elephant Gun Films / Universal Pictures 2016); and THE PAGAN KING (Platforma Film 2018) as well as commissions from a number of film and television producers. Max was part of the writing team for Sony Computer Entertainment’s Little Big Planet 3 (2015). He completed his PhD in Creative Writing at Brunel University in 2017.