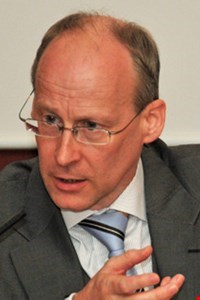 In 2008 I took over as BCISS Director, in which capacity I expanded BCISS as a University Interdepartmental Research Centre to include academics drawn not only from Politics and History but Economics, Law and Electronic & Computer Engineering, as well as four research fellows with backgrounds in overhead reconnaissance operations, technology and history and naval intelligence. Between 2010-2011 I led the BCISS team that was contracted by the UK Ministry of Defence to help produce the current British military Intelligence Doctrine and a new doctrine on ‘understanding’ for operational commanders, and 2011-2012 headed BCISS participation in an EU-funded consortium on Competitive Intelligence in International Trade and Export (CITEX).

In 2012 I was approached by the EU Intelligence Centre (INTCEN) to develop a basic analytics training package for newly appointed analysts which ran annually until 2015. A similar package was developed for the British Army’s Intelligence Corps in 2013 and I am currently working with Dr. Gustafson and Mohamed Gaballa on a series of analytics courses to be delivered regularly to the Dubai police service. My most recent research has been focused on the comparative study of national intelligence systems and cultures, and on the development of defence intelligence in the UK and elsewhere.