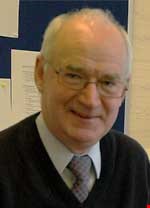 Professor Ray Barrell, born 25th May 1950, Retired. Currently Honorary and Emeritus Professor of Economics and Finance, Brunel University, Honorary Fellow, National Institute of Economics and Social Research, London.  Formerly Professor of Economics, Brunel University, from 1st September 2011 to 30th June 2015.  Head of the Department of Economics and Finance, Brunel, September 2012 to July 2014.  Formerly Acting Director (2010-11),  Director of Macroeconomics (2002-2011), Senior Research Fellow (from 1990) at the National Institute of Economic and Social Research, London.  He was a university lecturer in economics from 1976 to 1984, teaching at Sussex, Southampton, Stirling and Brunel and specialising in monetary economics and econometrics.  He then moved to be an Economic Advisor at HM Treasury from 1984 to 1987 before moving to NIESR in 1988.  He had a part-time chair at the European University Institute, Florence during 1998-1999.  He was a visiting professor at Brunel University from 2006, and at Imperial College, London from 1996 to 2004. Between 1981 and 2021 he published around 100 papers in academic journals and books, as well as a significant amount of policy related research and commentary at NIESR. Research interests: macroeconomics, growth, foreign direct investment, financial regulation and financial markets.