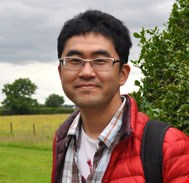 Why can cancer cells propagate indefinitely? A clue can be found at chromosome ends, the telomeres. Telomeres are indispensable for chromosome stability in propagating cells, and the length of the telomeres defines the number of times a cell can divide. Elucidating the homeostatic systems and functions of telomeres are therefore essential for understanding cancer cell immortality as well as cellular ageing.

Our cells harbour all the information required for the construction of our body and life cycle. These data are ‘encoded’ by long linear DNA molecules, called chromosomes. The physical end-regions of the chromosome, called telomeres, play critical roles in the maintenance of chromosomes.Stresses from both outside and inside cells can cause breaks in chromosomes, but these broken DNA sites are usually mended by DNA damage surveillance and repair systems. Although chromosome ends harbour a similar structure to the DNA ends at break sites, telomeres protect against these surveillance systems to avoid inappropriate repair, which if left un-checked, would cause end-to-end fusions of the chromosomes. Despite the essential function of telomeres in chromosome maintenance, chromosomes lose telomeric DNA progressively with each round of cell division. In order to protect the chromosomes, shortened telomeres elicit a checkpoint dependent arrest of cell propagation, resulting in cellular ageing (senescence) [Fig. 1]. We aim to understand how telomeres are maintained and how they act to guide chromosomes through cell divisions. To address these issues, we primarily employ fission yeast as a model system. Fission yeast telomeres have a similar structure and function to human telomeres and are also maintained by telomerase. This model organism allows an intricate genetic approach to be used to unravel mechanisms at the molecular level. Studies from fission yeast will greatly contribute to the understanding of telomerase action in normal and cancer cells in humans (Armstrong & Tomita 2018 review). We hope this will lead to the development of advanced cancer treatments and techniques to aid with diagnosis. We are interested in the alterations in telomere components and structure that occur during the cell cycle or telomere erosion. This telomere plasticity may contribute to multiple functions of telomeres in various conditions. The following aims are currently being investigated.

1. Molecular mechanisms underlying telomerase actionTo extend telomeric DNA, telomerase (Trt1-TER1-Est1) first needs to contact the telomere complex [Fig. 3]. This recruitment process itself dose not engage telomerase activity, rather it promotes an alternative interaction between the telomere proteins and telomerase. Ccq1 was found to be a telomerase recruiter that connects the main telomere protection proteins, Pot1 and Tpz1, with telomerase (Tomita & Cooper 2008). After recruitment, Tpz1 seems to interact directly with telomerase to control its activity (Armstrong et al. 2014). Reassembly of the Tpz1-Ccq1 complex with telomerase is crucial for telomere maintenance. We found that fission yeast Tpz1 is functionally and structurally well recapturing hTPP1/ACD, a human counter part (Hemanth and Collopy et al. 2018). Ccq1 also interacts with the chromatin remodeling complex, SHREC, and this complex acts as negative regulator of telomerase to counter-act retention of telomerase at the telomere (Armstrong, Moiseeva et al. 2018). We are investigating the molecular links between the telomeric proteins and telomerase components, and exploring how these connections are regulated.

2. Regulation of telomerase activity at telomeres and telomere length homeostasis - The extent of telomere lengthening is controlled via a number of processes including the expression level and assembly of telomerase, accessibility of telomerase to telomeres and telomerase processivity. dysfunction in any of these process resulted in bone with short telomere, leading to telomeropathy (or short telomere syndrome). This is degenerative disease, causing progressive tissue defects including bone marrow failure and fibrosis. Identification of new genes involved in these process is needed to support genetic diagnostic of these patients. we identified an RNA chaperon Lar7 as a telomerase assembly factor in fission yeast (Collopy et al. 2018). We hope our findting will support our understanding of human telomerase assembly.

Telomerase is not expressed in most mammalian somatic cells. However, mild expression of telomerase, as seen in some pluripotent stem cells, can delay telomere shortening. Reproductive germ cells and unicellular organisms highly express telomerase, enabling telomeres to be maintenaned at a certain length (telomere length homeostasis). Since many cancer cells cannot maintain long telomeres despite highly active telomerase, we predict that telomerase regulation at the telomere is altered in these cells.

3. Telomere function and regulation in meiotic prophase - Telomeres function not only in maintaining intact chromosome ends but are also directly involved in meiotic progression. Organisms diversify and propagate their genetic information throughout successive generations through the process of meiosis. Understanding the process of meiosis is important, as meiotic defects are a major reason for miscarriage in humans. During early meiotic prophase, telomeres gather near the microtubule organizing-center (MTOC) to form the so-called ‘bouquet’ structure [Fig. 4]. Failure to form the chromosomal bouquet results in aberrant spindle pole formation and meiotic spindle defects in fission yeast (Tomita & Cooper 2007). The telomeric proteins accumulate modifications as meiotic prophase progresses (Amelina et al. 2015), and completion of meiotic recombination triggers termination of the bouquet stage, which in turn promotes accumulation of the cyclin dependent kinase for prophase exit and formation of functional spindle (Moiseeva et al. 2017). Currently, we are investigating what telomeres monitor during meiotic prophase and how telomeres signal to the meiotic spindle. Intriguingly, some cancer cells can utilize meiotic telomeres to maintain chromosome ends. Thus, we aim to understand the structural and functional changes occurring at telomeres throughout meiotic progression, permitting a greater understanding of a central function of telomeres. Figure 4. Chromosomal BouquetAll chromosome ends move to near the MTOC (red). The resulting chromosomal structure resembles a bunch of flowers. The bouquet has been observed in diverse organisms including yeast and human.