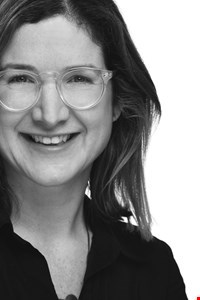 I am a historian of Modern Europe, and I have worked on various dimensions of the history of borders, borderlands, nationhood and the centre-periphery relationship in modern France. Before joining Brunel in 2011 I was Junior Research Fellow at Murray Edwards College, University of Cambridge (2008-2010) and Lecturer in Modern History at Birkbeck, University of London (2010-2011). In 2010 I was awarded the Etienne Baluze Prize in European Regional History. I have been a Visiting Fellow at the Institute for European Global Studies, University of Basel, and am a Fellow of the Higher Education Academy and a Fellow of the Royal Historical Society. As a member of the Centre for Global Lives, I created and led the research cluster 'Crossing Borders: Heritage, Identity and Belonging' in 2018. I am on research leave in the 2021-22 academic year.

My first book, The Return of Alsace to France, 1918-1939, asks what happened when the region of Alsace returned to France after almost fifty years of annexation into the German Empire: How did France attempt to make this German-speaking region French? How did the Alsatian popoulation see themselves? What did return mean for the region? I argue that return was not completed when French troops entered the region in 1918,  or indeed when return was ratified by the Treaty of Versailles in 1919. Rather I view return as a process that evolved over the following two decades, and involved a range of actors inside and outside Alsace. In order to investigate the meaning of return, I treated the border as a category of analysis, and analysed the ways in which return was shaped and driven by the national boundary between France and Germany, which lies along the east of Alsace. This book was shortlisted for the European Book Prize (awarded by the Council for European Studies) and I have published a number of articles and chapters on Alsace, most recently in French History and Contemporary European History, and have written for a wider audience in The Conversation.

My work on Alsace led me to to develop an interest in where our ideas about borders come from, and this led to my new research project on the long history of the Channel Tunnel. The starting point of this project is that while borders represent powerful symbols of national identity and historical continuity, they have been imagined and reimagined in a variety of ways, and have functioned differently across time periods and political regimes. My new research project uses a case study of the Channel Tunnel to think about what proposals for a tunnel tell us about shifting ideas about borders, connection and cohesion in France and Britain during the nineteenth and twentieth centuries. This research is funded by a Brunel University London Athena Swan award and by the British Academy/Leverhulme Trust.