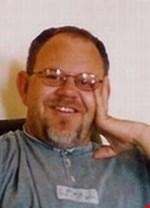 I am a social anthropologist with a regional interest in Southern Africa and a long-standing fascination in the topics of politics, cosmology and withchcraft, masculinity and sexuality, social aspects of the HIV/AIDS epidemic, and also of crime and violence. I have been conducting multi-temporal fieldwork in the Bushbuckridge municipality of the South African lowveld, visiting the area each year since 1990. This provided valuable insight into social change, and also into the topic of history and culture.

British Academy A Man is an Axe: Masculinity and Generation in De-Industrialising South Africa£3000 2007 - Isak Niehaus (PI) This project develops my existing work in the Bushbuckridge region of South Africa, by documenting the effects of de-industrialisation on masculinity. Through interviews and participant observation conducted over a period of twenty-two years, I investigate the effects of the closure of mines and factories, and drastic unemployment, on men’s status. The project investigates the history of gender constructs, the changing significance of kinship and marriage, and also the upsurge in different forms of domestic violence including rape and homicide. I am writing a monograph on this theme that promises to provide novel insights into these neglected topics.

Society, Culture and the HIV/AIDS Pandemic in the South African Lowveld2003 - Isak Niehaus (PI) My research project documents the onset and development of the HIV/AIDS pandemic in the Bushbuckridge region of South Africa. It draws on interviews conducted with people who are HIV positive and their caregivers, as well as participant observation in diverse therapeutic settings, including HIV clinics, the homes of diviners, and churches. I focus on how networks of social relations have affected the transmission of HIV and experiences of suffering.

Witchcraft, Power and the Person: A Ethnographic Study of the South African Lowveld  1990 - Isak Niehaus (PI) I have been doing ongoing ethnographic research on witchcraft beliefs and accusations in the Bushbuckridge region of South Africa since 1990. My rearch has focused on escalation of witchcraft accusations in the light of modern changes, on the engement of movements for national liberation in witch-hunting, and also in the political management of witchcraft during the post apartheid era. More recently I have explored how the HIV/AIDS epidemic has led to the resurgence of witchcraft accusations and in the redeployment of older forms of vengence magic.