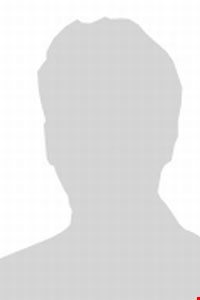 I obtained a PhD in Neurosciences at Université catholique de Louvain (Belgium) in 2008. I then joined the UCL Queen Square Institute of Neurology at University College London as a Wellcome Trust post-doctoral fellow. In 2012, I was awarded a BBSRC David Phillips fellowship to build my own lab and develop my research projects as principal investigator within the Institute of Neurology at UCL. I then moved to KU Leuven (Belgium) as Associate Professor, funded by an FWO Odysseus programme. In 2019, I returned to the UK and joined Brunel University London.

My current research interests lie at the interface between movement and cognitive neuroscience. I study multisensory integration mechanisms underlying the control of skilled hand movements in humans as a window to find out how the brain controls our actions and generates perceptual representations of our environment.

In our daily life, we use our hands to grasp and manipulate hundreds of objects and tools with an apparently effortless grace, which contrasts with the complexity of the hand neurophysiology. This paradox inspired my current interest in how the brain controls hand movements and led me to begin a PhD in the Laboratory of Neurophysiology, School of Medicine, Université catholique de Louvain, in 2002. The main focus of my PhD consisted in using transcranial magnetic stimulation (TMS) to investigate the role of brain areas involved in reaching and grasping movements. After completing my PhD in 2008, I joined the Sobell Department of Motor Neuroscience and Movement Disorders (University College London) as a Wellcome Trust post-doctoral fellow in Prof. Roger Lemon’s lab. There, the exposure to single unit studies of premotor-motor interactions during hand grip in non-human primates led me to pioneer new TMS methods to investigate cortico-cortical connectivity during hand actions. Using this new TMS technique, I was able to demonstrate for the first time causal interactions between three key brain areas part of the cortical grasping circuit. That work led me to receive the Magstim Young Investigator Award.

Recently, I developed a novel virtual reality environment in which vision and haptics (active touch through force-feedback robots) are controlled independently. The aim of this project is to provide a better understanding of the brain mechanisms underlying multisensory integration for skilled actions. This line of research was funded by a BBSRC David Phillips fellowship at UCL, a responsive-mode BBSRC project grant at UCL and an Odysseus project grant at KU Leuven, for a total of £2.5M as principal investigator (GtR UKRI).