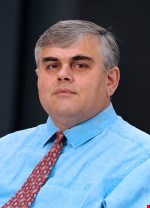 Marios C. Angelides is a Computer Scientist, Chartered Engineer (CEng) and a Chartered Fellow of the British Computer Society (FBCS CITP). He holds a BSc (First Class Honours) and a PhD both in Computing and both from the London School of Economics (LSE) where he also began his academic career more than three decades ago specializing in Artificial Intelligence (AI). A symbolic programming language he developed as a degree finalist for coding AI applications was commercialized and then turned into his first book. He continued working on AI throughout his career and for the last two decades, he has been researching the application of creative computing techniques, such as machine learning, serious gaming, and cognitive modelling, recently in developing smart IoT apps. During this period, he published several books, including “Multimedia Information Systems” (Kluwer), “MPEG Applications” (Wiley), and “Digital Games” (IEEE/Wiley). In 2016, several years prior to joining The Computer Journal (Oxford University Press) editorial board, a paper of his that was published in The Computer Journal with a focus on “machine learning in multimedia” was the runner up winner of the annual Oxford University Press “2016 Wilkes Award”. In 2019 he was elected to the Editorial Board of The Computer Journal for which he is now serving as a Deputy Editor.

BSc (First Class Honours) and PhD both in Computing and both from the London School of Economics (LSE), Chartered Engineer (CEng), Chartered Fellow of the British Computer Society (FBCS CITP)