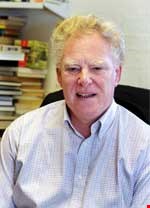 My research and publication interests include the following: the dimensions of the British slave trade in space and through time; the organisation of the slave trade; slave work conditions on plantations; slavery, the slave trade and abolitionism; maritime exploration in the 18th and 19th centuries in the Atlantic and Pacific oceans; Australian music history; the history of conductors and orchestras; the editing of historical texts.

Proscription by Degrees: The Ending of the African Slave Trade to the United States (book MS, in progress)

Australia Circumnavigated: The Journals of Matthew Flinders on H.M.S. Investigator, 2 vols., Ashgate, in progress. Sponsored by the Hakluyt Society

Matthew Flinders and the Maritime Exploration of Australia (Bloomsbury, in progress)

A Short History of Transatlantic Slavery (I.B. Tauris, in progress)

Funded through fellowships at the Robert H. Smith Center for International Jefferson Studies, Monticello, University of Virginia A preliminary study of the ending of the slave trade to the United StatesUS$8,000 2010 - 2012

The British Library Endangered Archives for the Slavery Era in Saint Vincent£4,500 2011