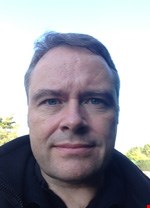 imon J E Taylor is a Professor of Computer Science specialising in Modelling & Simulation and Digital Infrastructures.  He has made many contributions to manufacturing, health care and international development.  He has worked with international consortia (in particular UNICT, WACREN and the UBUNTUNET ALLIANCE) to contribute to the development of National Research and Education Networks in Africa that has impacted over 3 million students and 300 universities. He has also worked with international consortia (in particular Saker Solutions, the University of Westminster, SZTAKI and CloudSME UG) to develop high performance simulation systems that are being used by over 30 European SMEs and large-scale enterprises such as the Ford Motor Company and Sellafield PLC.  He continues to work closely with industry - his work has led to over £30M of savings and new products in industry.  He also contributes to the development of Open Science principles and practice for Africa and for Modelling & Simulation as a field.

He has led modules in distributed computing in the Department of Computer Science for many years with high module evaluations scores and is an enthusiastic teacher.  He has also led the development of several postgraduate degrees.  He has supervised over 20 doctoral students, has examined more than 25 doctoral students from across the world and has managed over 15 research fellows.

Professor Taylor co-founded and is a former Editor-in-Chief of the Journal of Simulation and the UK Operational Research Society Simulation Workshop Series.  He chaired ACM SIGSIM between 2005-2008 and since then has been an active member of the ACM SIGSIM Steering Committee. He is also the General Chair for the 2025 Winter Simulation Conference. He has chaired international standardisation groups under the Simulation Interoperability Standards Organization and has conducted several organisational review panels (e.g., DSTL) and simulation audits. He is currently the executive chair for the annual Simulation Exploration Experience (https://www.exploresim.com/) and a member of the Computer Simulation Archive steering committee (https://d.lib.ncsu.edu/computer-simulation/).  He has also chaired several conferences and is the General Chair for the IEEE/ACM 2025 Winter Simulation Conference.