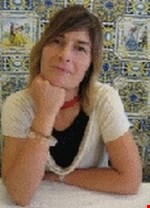 I welcome applications from PhD students or post-doctoral students in any of these areas.

As a cultural urban sociologist my research is interdisciplinary. The key areas of research I cover are urban life and culture with a specific emphasis on the relationship between spatial politics and experiential urbanism. My work demonstrates how the management and organisation of urban experiences - the ‘urban aesthetic’ - is central to the redevelopment of urban environments. In my latest book A New Urban Aesthetic: experiencing urban change digitally that focuses on three international case studies of urban redevelopment Milton Keynes, London and Qatar, I argue that these processes are increasingly digitally mediated through CGI’s, social media and mobile phone apps, thus rearticulating people’s engagement with cities. Ultimately, I demonstrate that urban experiences are political, socially shaped, and underpin power relations between the manifold actors in the city, whether architects, planners, residents or visitors. Previous research projects have explored these themes from various perspectives, see details below.

Experiencing the urban: atmospheres, temporality and the senses

Between 2015-2017 I ran (PI) an international AHRC network: "Sensory Cities: researching, representing and curating sensory-emotional landscapes of urban environments"which brought together city museum curators, urban branding experts, activists and urban planners to develop new methodologies to capture the sense of place of cities and the ways in which urban environments are stratified by power relations (AHRC grant number AH/M006379/1).

I have explored the importance of senses and time in how we experience urban environments through two projects. Firstly, between 2007 and 2009 the project Urban Aesthetics with Prof Gillian Rose explored new methods to research how people experience two very different town centres (Milton Keynes and Bedford), highlighting the role of memory in urban experiences (ESRC grant number RES-062-23-0223). In 2016 I was awarded a British Academy Mid-Career Fellow examining “Timescapes of Urban Change” (BA grant number MD140041). I examined how different perceptions of time converge or conflict in urban regeneration processes across the structural and experiential level to produce a particular sense of place. Drawing on long term fieldwork of an urban regeneration process in el Raval, Barcelona, this research explored temporal features as a crucial dimension in shaping power relations in regeneration processes. Please access the research here: sensescitiescultures.com

In 2021 I organised a 2-day international symposium Museums, Cities, Cultural Power (funding awarded by Brunel Research Seminar and Brunel Engagement Funding and match-funded by the Museum of London and UCL Urban Lab). This online symposium brought together international cultural and museum practitioners, academics, urbanists, architects and activists for a series of urgent discussions on the evolving power relationships between urban museums, their neighbourhoods and the people who inhabit them. More than 1000 people attended the symposium. A film, podcasts and an Urban Pamphleteer (forthcoming 2022) have developed from this event.

I have developed ongoing research around the changing sense of place of the Smithfield Market area as it becomes transformed through the City of London’s latest regeneration projects the 'Culture Mile' and the New Museum of London. Beginning in 2017, funded by Brunel Research Development and in collaboration with The Museum of London, I produced a report which informed the new museum’s design and curatorial content. The study analysed the changing identity of the Smithfield area, drawing on new digital and experiential methodologies quantified for the museum in a series of evocative digital maps, see: sensorysmithfield.com. Continuing this collaboration, in 2020 along with the Museum of London I was awarded an AHRC Collaborative Techne doctoral studentship “Changing Places: Evaluating the socio-cultural impact and experiential change of the new Museum of London in Smithfield” which is pursued by Tom Butler.

In 2019/20 I conducted further research into the use of social media, in particular Instagram, in the branding of the Culture Mile which is discussed in the book A New Urban Aesthetic: experiencing urban change digitally (Bloomsbury, 2022; co-authored with G. Rose, Oxford University)

The project Architectural atmospheres, branding and the social (ESRC grant number RES-062-23-3305), which I began in 2011 (with Prof G. Rose and Dr Clare Melhuish), was a two-year ethnographic study of architectural studios exploring how digital visualization processes and technologies operate within the architecture and urban design profession, shape new kinds of architectural work practices and envision particular forms of future social life. As part of the project we curated a two week exhibition in August 2013 at the Building Centre, London as well as an international workshop: Visualising Atmospheres.

Commissioned by the Hillingdon Chamber of Commerce and funded by the GLA’s ‘Putting Your High Street on the Map’, I conducted a 6 week pilot study during the summer of 2021 to produce an experiential-emotional map of the current look and feel of Uxbridge High Street. Our study tested new creative methodologies to offer insights into the sense of place and meanings the High Street has for individuals and communities in and around Uxbridge. The report that we produced suggests activities and interventions to increase the quality of experience and time spent on the High Street and to diversify its uses for Uxbridge’s diverse population.

In 2015, commissioned by the charity UTurn Women's Centre, I conducted a one year research project with Prof. Sue Buckingham about the everyday lives and needs of street sex-workers in Tower Hamlets, in order to find out how the third sector can provide appropriate services and facilities.

Pilot study to support a GLA grant to redesign the experience of Uxbridge High Street a collaboration between Brunel University London and Hillingdon Chamber of Commerce.

Women involved in street sex work in the UK: an analysis of service need and provision
Funder: U-Turn Women's Centre
Duration: June 2015 - May 2016